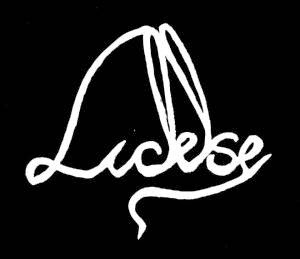 1 For those who are new to the band how would you
describe the band to a totally new face! ?
98759: We are a three piece band from Sweden, Austria and the United States who use music to convey our thoughts and feelings when facing the absurd and bittersweet condition of life.
2 How did the band form?
98759: I was looking to form a new project after my previous band Imago Metus dissolved. I approached W with the idea and he agreed. A few months after I met Vatra and saw how beautifully and deeply she wrote and I knew immediately that her words had to be apart of Lidelse. So I asked her if she wanted to share and help bring the vision of this to life. And luckily she agreed to join us.
3 What is the prime source of influences in your music ?
98759: For me my prime source of influence is the world and city around me and how it makes me feel. Distance, longing, yearning makes me feel awful and so I try to convey these feelings in my writings and in my voice. Also the feeling of alienation and loneliness. Aside from the feelings inside of me Literature also plays an influence.
4 If you had to rename the band what would be your first choice?
98759: I wouldn’t
5 What are you current plans for 2015?
98759: So far it is just working on our debut full length album.
6 There are talks about you colaborating with legendery Kim Carlsson Could you care to elaborate on that comment ?
98759: Kim created our logo for us. And he is also helping us create an album design and layout for our debut full length. He has also supported us by putting his work and our work on his website and tumblr blog. But this is it. He has been extremely helpful and supportive.
7 Best advice to young musicans
98759: I suppose the only advise I could give is just create your music for you. And dont try to fit into a scene or doing it to be cool or popular. Everyone will crtisize you for what you do no matter what it is. But their words mean nothing. Just go for it and dont give up ever no matter how life makes it seem difficult.
8 Favorite time of the year?
98759: Autumn/Winter. I love the snow.
9 What are the most important aspects of your music! Lyrics or music !
98759: No aspect is more important than the other. As far as I am concerned without the music my words and voice would be nothing.
10 How has the response overall been to the band ?
98759: So far the response has seemed to be good from my end. People seem to like what we do.
11 What inspire you as an artist ?
98759: In an earlier question I answered what influences me in the music we create and I would say that is also my inspiration as an artist. The city and the feelings it suffocates me with. Life, distance and things like Literature and film also inspire me.
12 if you were to describe the sound of Lidelse what words comes to mind?
98759: Cold, dark, tragic and hurtful. Unfair is also a word I could use.
13 What do you think of the current metal scene ?
98759: I really dont have too many thoughts about it. It is something I dont really care to belong to.
14 What are your thoughts on downloading ?
98759: I have always been a supporter of downloading. For me as a kid growing up it helped me get exposed to albums and artists easier. And from there it made me want to buy and support the artists I liked so I bought alot of albums and shirts. It helped me find the artists that I enjoyed and avoid the ones I didnt. Plus I personally think that exposure is more important these days. Even if one is opposed to this there is no way to avoid it happening. I would hate for someone to spend money on what I do and hate it. I would want them to support us and buy our stuff because they want to see more of us. This is a subject that could go on but I digress. Also this is just my personal opinion and should not reflect the band itself and the two amazing people who have made this possible.
15 You mentioned that you have a label deal with Self Mutilation services how did that deal come about ?
98759: We just wrote to labels and gave demos to many different labels. Self Mutilation was one who offered us the best deal. Only three labels in total gave us an answer. One couldnt fit us in and the other had a later offer than Self Mutilation. So we were very fortunate they wanted to help us. I am grateful for any label who wants to help us.
16 -any last words to friends and fans ?


98759: Thank you for taking in interest in us and supporting us.

Posted by NORDIC METAL at 02:41 No comments: