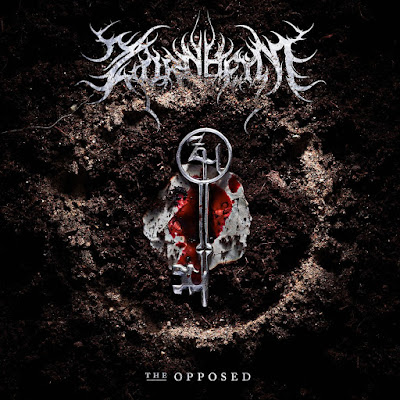 Zornheym is a new symphonic extreme metal musical project founded by multi-instrumentalist Thomas aka Zorn, known as a Membership forms of death / thrash metals Devian and a guitarist in hardcore combo euthanasia. In here he's Bendler Accompanied by vocalist, guitarist and drummer Scucca Angst. The single "The oppossed" is taken right from Their debut album Which is expected to be released soon on Dutch legendary label Non Serviam Records and if you are not familiar with this label you'll better check it out, I can assure you That They are at the moment one of the most promising labels of extreme metal scene.

The song has a very clear path and never really gets muddy. Could one compare this epic masterpiece to band Such as SEPTICFLESH orNaglfar, Those two are The First That comes to mind, as well there are some resemblances with Dutch black metal masters Carach Angren.

From what I understand on the album, there will actually be a real choir singing and performing on this record Which really is not that common today. However Zornheym aspired to be different and unique while still making surethat the listeners feels like They found the right mix of different bands, so if you enjoy the bands mentioned above then Zornheym is a band thatwill event right into your taste. It's that brilliant, the song is Carefully constructed with the thought of actually letting the music breath rather than drowning everything in sea of ​​strings ...

What more to say, there are so many different ways to describe "The oppossed" and I could go on and on with blabering about how epic, haunting and atmospheric this song is. I always find it hard to put to words how I feel about some songs, but to put things nicely it's one hell of a single and without doubt it's a great foretaste of what will be for sure an amazing album.
9/10

Mist of Misery  Absence full album Stream out August 31th via Black Lion Records
Swedish dsbm/black metal band Mist of misery is premiering their new album Absence tonight!
only for those really into the deep dark kind of EXTREME METAL!