PREMIERE! Now start RTSIs campaign for the right to their identity! We begin the campaign with the release of this music video with the song "To all of you" from the artist Eddie Wheeler.

PREMIERE!
Now start RTSIs campaign for the right to their identity!
We begin the campaign with the release of this music video with the song "To all of you" from the artist Eddie Wheeler.

The song is created in a collaboration between Eddie Wheeler and RTSIs participants and will be attended also by several sub-cultural profiles.

"To all of you" is a symbol of what can happen if the trust given to young and alternative to get to create, to tell his story. The message speaks for itself.

We are incredibly proud to present "to all of you!"

We are pleased to present  "Till Alla Er"!

Posted by NORDIC METAL at 18:30 No comments: 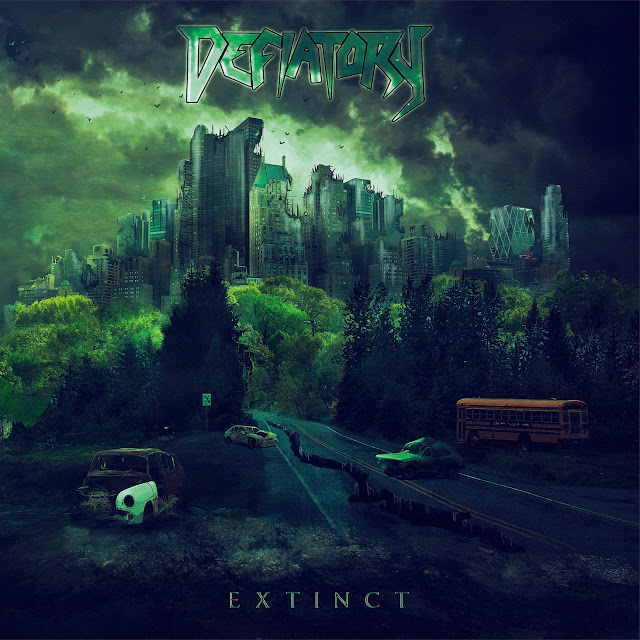 Swedish Thrash veterans Defiatory has unleashed their cover art plus tracklist for their upcoming album Extinct out via Black Lion Productions June 3
Recorded by Defiatory.
Engineered and mixed by Ronnie Björnström at Garageland Studio and The Mixroom.
Mastered by Tomas ’Plec’ Johansson at The Panic Room.
Released by Black Lion Productions. Cover art by Mark Erskine at Gravedealer Art.
As we previously mentioned, the wait is almost over, as Extinct will arrive on June 3, around the world on CD and Digital worldwide June 3 mark your calender!

https://www.facebook.com/defiatory/?fref=ts
Posted by NORDIC METAL at 13:16 No comments: