With the 12th June having been set as the release date for "Madness and Magic", the seventh full-length album from Prog Rockers ARABS IN ASPIC, Karisma Records have today released the single "I Vow to Thee, My Screen", which is the opening track from the album.
According to the band, the song "describes the fascination and fear of our addiction to being entertained. The lyrics are heavily inspired by the British patriotic hymn, “I Vow to Thee, my Country,” written by Cecil Spring-Rice in 1918".
"I Vow to Thee, My Screen" can be streamed or downloaded from a number of different services at  https://karismarecords.fanlink.to/arabsinaspic
Based in Trondheim in Norway, ARABS IN ASPIC's lineup of Jostein Smeby on Guitars + vocals, Stig Jørgensen on Organs + vocals, Erik Paulsen on Bass + vocals, Eskil Nyhus on Drums + cymbals and Alessandro G. Elide on Percussion + gongs,  all have an uncanny ability to perform a variety of styles, which include aspects of classic rock, funk, pop, prog, heavy rock, bossanova, a capella.
The resultant sound is a distinctive mix of loud, heavy guitars and drums, 12 string acoustics, funky bass and percussion, screaming Hammond organs, soft Rhodes, Mellotrons and 70's Synths, topped with plentiful vocal harmonies, which point to ARABS IN ASPIC's roots in what is known as the "Golden Era" of rock.
With ethereal artwork by Julia Proszowska, tracklisting for the "Madness and Magic" is as follows:
1. I Vow to Thee, My Screen
2. Lullaby for Modern Kids, Part 1
3. Lullaby for Modern Kids, Part 2
4. High-Tech Parent
5. Madness and Magic
6. Heaven in Your Eye 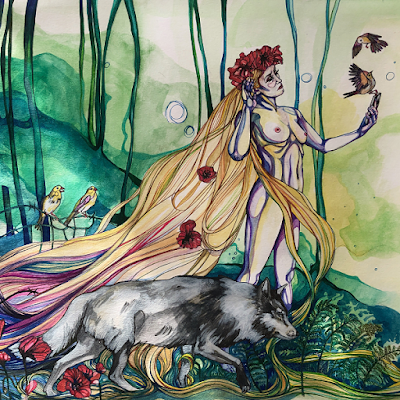 Commenting on "Madness and Magic", the band had this to say: "Madness and Magic"  is the first Arabs in Aspic album written for two drummers, with more acoustic guitar parts than previous albums. All the music was written and arranged in our studio and carefully put together like a puzzle with 50,000 pieces, to take the listener on a journey through life's “Madness and Magic”, both musically and lyrically. The lyrics for "Madness and Magic" reflect on how easily both children and adults are affected in the digital age, but also how helpless we are when we have to put our lives in the hands of specialists. Many ideas came up after a brief meeting with Doctor Death. The message of "Madness and Magic" is up to the listener to decide. For you are capable of thinking for yourself, right? 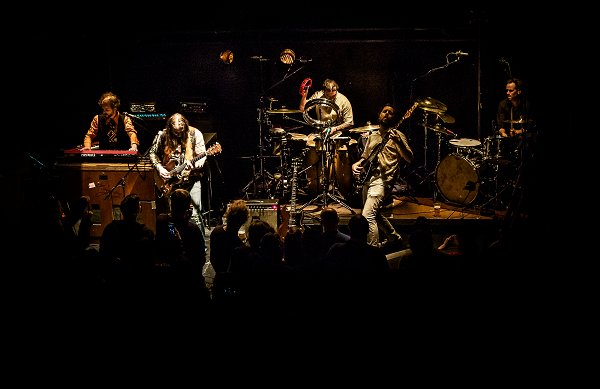 "Madness and Magic" will be available in CD,  black vinyl and Limited Edition Green and Yellow Splatter vinyl, and Digital formats, and is now available to pre-order at: Webshop:  https://www.karismarecords.no/shop/Bandcamp:  https://arabs.bandcamp.comMore information about  ARABS IN ASPIC can be found  on the band's  Facebook page at https://www.facebook.com/arabsinaspic/  or on their website at http://www.arabsinaspic.org/ A video of Arabs in Aspic live can be seen at https://youtu.be/v3jekw2m19c

Posted by Nordic Metal Music at 10:17 No comments:

Polish Death Metal titans VADER unleashes new video Into Oblivion of their upcoming album
'Solitude In Madness', for release on May 1st 2020 via Nuclear Blast Records 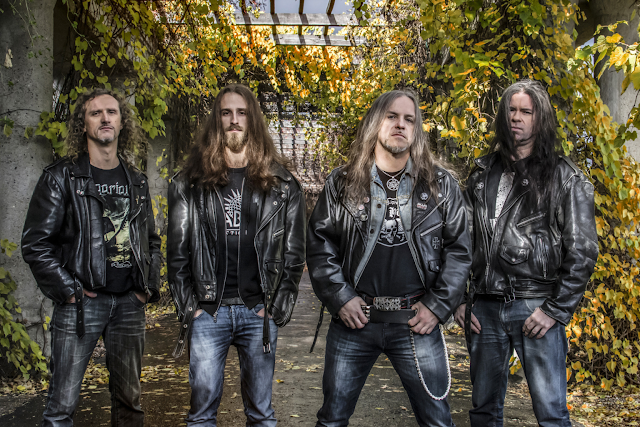