Feared Announce New Album Details
Release Video For “My Grief, My Sorrow”
Feared, the Swedish death-metal foursome led by The Haunted’s guitarist Ola Englund, have announced the details for the band’s upcoming fifth album “Synder”. The album, which means sins in English, is set for release on May 25th on Digipack-CD and Digital Download and features once again the stunning artwork by Sylvain Lucchina of Razorimages.Today, the band premieres the first single from “Synder” via a music video on their official Youtube channel. The video for “My Grief, My Sorrow” was directed by guitarist Ola Englund and is now playing here :http://www.youtube.com/watch?v=5jqDhoGkLtA

About this new video Englund said, “My Grief, My Sorrow is about a person with mental problems who takes his life, only to wake up and relive the same day over and over. The endless circle drives him more into madness and the story never ends. Or it could be a tale about an honest man who has a special fondness of knives and old televisions.”

Any further updates and information concerning the band can also be found on their Facebook page.

View the album cover and complete track-listing below:
1. Synder
2. Your Demise
3. Of Iron And Ashes
4. Caligula
5. My Grief, My Sorrow
6. Dygder
7. By Silent Screaming
8. Wolf At The End Of The World
9. My Own Redemption
10. Dying Day
11. War Feeding War
12. The Narcissist
13. Godless Devotion

Swedish duo Nocturnal Nightmare has a new single out after years of waiting!
have a listen below! 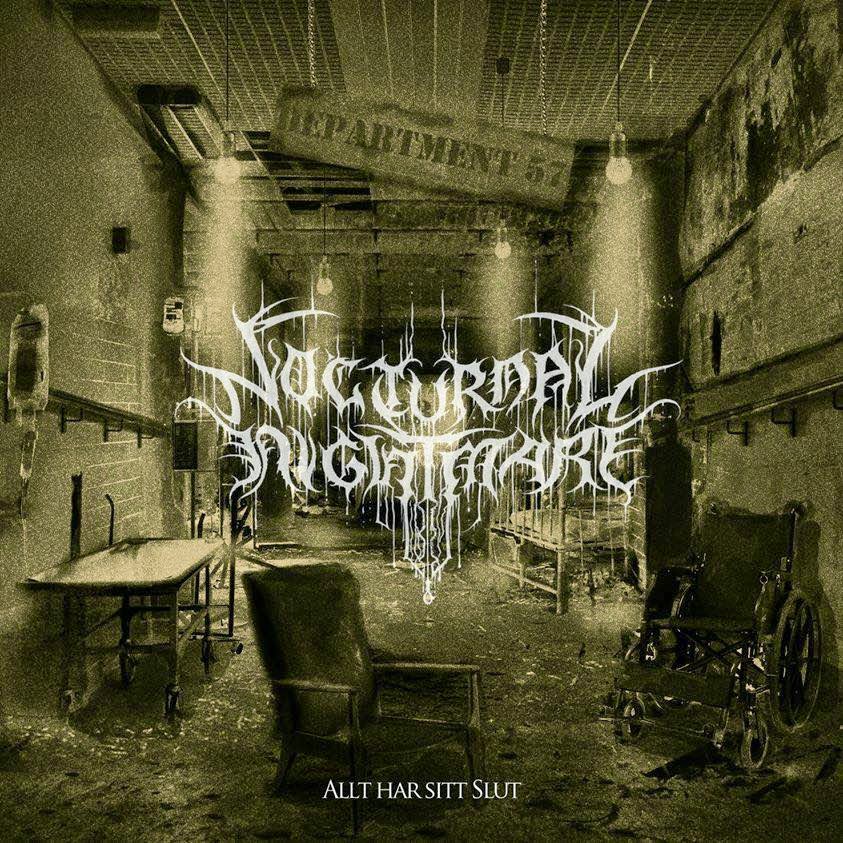 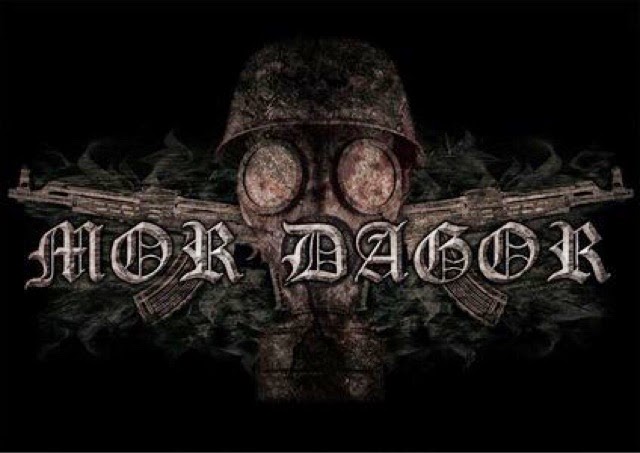 First i like to thank you for doing this

interview! and may i say the new song is sounding killer!

How are you doing?

1 could you tell us the story how Mor dagor came to be?

Torturer: Too long…We started in 1996. after endless Lineup changes we are where we are now.

2 Your new album is called Redemeer

how did the writing process look like comparing to previous record!?

Lykanthrop: We all basically started to collect ideas for this album back in

2011. The more ideas we had, the more intense we started to shape the

songs. Torturer and I locked ourselves up in the rehearsal-bunker and

worked on every detail until we were 100% satisfied with the result.

Schmied then added his lyrics to the final songs.

3 What were some of your inspiration when crafting this beautiful beast?

Torturer: Everything surrounding us.

4 How was the studio session this time around!?

Torturer: It had been one of the fastest productions we ever did. drums had been recorded in only one day. alsoguitars.
Lykanthrop: Preparation, dedication and discipline are the keys!

5 hows 2015 looking for you guys any big tours coming up?

Schmied: Until now there some special shows and we´re working on a 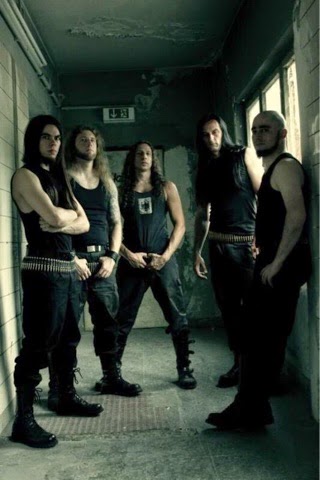 helvete club are you guys looking forward to that?

Torturer: it’s great to meet my old bandmates again. we had a great time together. i am in contact with them anyway.

will there be any special editions of the. album for those daywalkers who

to 66 pieces. It includes the digipack-CD or Vinyl edition, together with a

real machete with the MOR DAGOR print, along with some other cool stuff.

8 how often do the band meet up and rehearse together?

Lykanthrop: At least once a week, twice is the optimum.

9 I ask this alot and people seem to still like

so if you could tour with any band whom

Lykanthrop: Any non-sissy motherfuckers will do! There are lots of great

bands out there but also a lot of scum.

years what was your inspiration for the cover and who did it!?

Schmied: We wanted to create something pure and clean. Furthermore it’s

the embodiement of death and the beginning of a new era of warfare. So is

All artworks were done by us in association with Necroworks.

Lykanthrop: We enter the studio very well prepared. The entire album is

involved practices his part intensly for that. Working with Andy Classen

though was great! He’s a great producer and his input on the music was well apprechiated.

Torturer: I am a control freak in this case. everythingmust be prepared and arranged. we did pre-production for ourself to see what we can improve.

12 could you briefly walk us through your live rig ?

Lykanthrop: Since we want to come as close to the studio sound as possible,

I currently use my Jackson RRMG pro with a modified EMG-81 pickup. On

between low end and dirty attack we need. The tuning is E-Standard, though

the B-string on the bass is tuned down to A. Goes right into your guts!

(meaning do you spend a year or maybe a few weeks)

Schmied: As Lykanthrop pointed out earlier, the whole album is completely

before the studio so he could get a grip on it. Then we enter the studio and

spend as much time as possible there to work on details

14 favourite drink? non or with alcohol

15 Do you prefair festivals or clubs ?

Torturer: doesn’t matter. both is great!

Thank you so much for taking the time to answer the questions!

all the best and talk soon!

Posted by NORDIC METAL at 00:33 No comments:

Dead December - Will Death Reunite us

Dead December  - Will Death Reunite us

Last time I had this band on the speakers was early 2015 if i remember correctly,
of course the band is still kind enough to let me have a listen to the stuff.
in its wholeness !
the new songs has a slower more atmospheric feel
with a nice classic touch!, in many ways I can hear early Cradle of filth influences !
not just because I now and then have to remember and remind myself that its not Dani filth himself singing!

The album has a lot more softer feel perhaps then some might enjoy but still it gives what it meant a kind of classical symphonic rockish type of feel very progressive!
stuff! maybe not my exact cup of tea.
But they do get the idea and are able to give us a good atmosphere in the songs!
distorted guitars with nice piano melodies!
its a very sad album in many ways, many slower songs with lots of progressive elements that really creates a very hopeless feel!

Although I must state that Fridas vocals on the older songs or rather first released songs are more of my cup of tea but Fridas vocals really brings out a lot emotions into the songs!
I guess I am more for the heavier and more straight forward songs! like the ep Awaiting messiah
'i never been a fan of progressive stuff to be honest! , The songs are of course well made nothing to complain! its a whole good production.
But I do miss the female vocals a lot on the other songs also more double bass drumming! like the song Aurora. The band is solid in the way that they are clearly aware of all but it just gets a bit to slow for my taste with the newer songs.

I am sure those who are into progressive or more rockish heavy metal would enjoy this more , not saying its bad but I am not the right person to judge!


thats my opinion! Overall I'd give this album a good spin now and then! And mabye it will grow on me!
Posted by NORDIC METAL at 00:34 No comments: