Defiatory - Aeons End from their upcoming album Extinct Out June 3 on Black Lion Productions on CD and Digital! 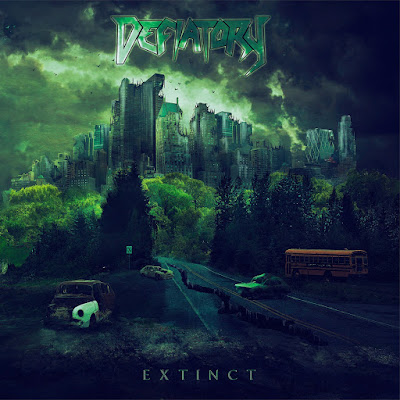 Defiatory - Aeons End from their upcoming album Extinct Out June 3 on Black Lion Productions on CD and Digital!
Music video link below!
www.youtube.com/watch?v=o5VRaiUnvJk

released April 27, 2016
All music by Ronnie Björnström. All lyrics by Martin Runnzell. Recorded by Defiatory.
Engineered and mixed by Ronnie Björnström at Garageland Studio and The Mixroom.
Mastered by Tomas ’Plec’ Johansson at The Panic Room.
Released by Black Lion Productions. Cover art by Mark Erskine at Gravedealer Art.

Posted by NORDIC METAL at 03:08 No comments: 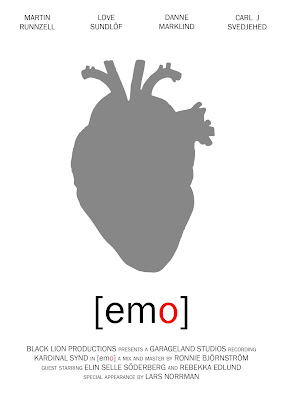 
The album ”[emo]” by Kardinal Synd is full of energy, cynicism, and beautifully expressed language. Sometimes the energy is a little too much for the melody to be distinguishable, but still pretty fun to listen to.
The two favourite songs are ”Galen” and ”Det är över nu”
”Galen” is a fun and quirky love story about two people who fit each other perfectly because they're both equally messed up. Exactly how messed up they are feels like it's best explained in Swedish as some expressions used migh not have had the same impact if they had used another language.
”Det är över nu” is another example of how delightful Swedish sounds if used properly. It is a song about giving up though never going against one's own principles. I'll give the album a 5 out of 10, as to be honest I still don't hear anything that blows my mind.
Rebecca Rose

Posted by NORDIC METAL at 14:36 No comments: