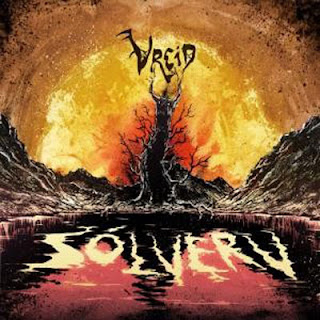 Tracklist:
01. Haust
02. Sólverv
03. Geitaskadl
04. Ætti Sitt Fjedl
05. Når Byane Brenn
06. Storm Frå vest
07. Fridom Med Daudens Klang
Warlords from Norway are back with their black 'n' roll! Vreid are known to toss in different spices in their style of classic black metal with a pinch of rock 'n' roll, and this album is nothing but a nice step back to early 90s days when black metal dominated Norway, church burnings and murders, back to the classic recipe which is by many considered as the one which brought to black metal the reputation as it has today.

This album can be seen as a big seating for one great disgust scaffolding menu and the band can even be considered as cooks. First out in this menu is "Haust", a fast song with groove and character. It clearly slips down like an appetizer, but it's just the first bite! From this moment on I feel clearly that they build up in expectations, like when you sit at the resturant table and wait for the next appetizer. The second song is now out on the menu and it's the title track. It feels a bit strange to serve the title track so early, just like to serve the main course before all appetizers expired, but Vreid make themselves no hassle to wait, but delivers that determined main course before the customer has been taken in all the flavors which it feels more like an exhausting way to keep the focus to not lose the guest. "Sólverv" is melodic and exceedingly more digestible piece, like a really nice piece of meat on the palette.

Furthermore we have a way to go before the menu is totally finished. The third song, "Geitaskadl", comes with a bit more sluggish melting, more medium pace and small changes in tempo are making it easy to keep up with it. Melancholic symphonies, harsh voices and wasp sharp guitar noises delivered by dedicated band and this little song can not be faster, it's a strong one and probably a good home anyway. That's what Vreid do best...

But the evening is not finished yet, the next is the fourth track - "Ætti Sitt Fjedl". The classic black metal sound is a bit dimmed and out of the urn. This a bit more rock'n'roll and catchy symphony could be more of a doom plate, if you lowered the tempo. Choir and double bass is what is offered as the snack to the seating in anticipation of tonight's big shot!

Number five finally feels like the Vreid classic sound from the war is back, blast beats and fast tremlo picking along with Sture's raspy vocals are something you can not help but to cheer for. Like a beautiful painting that just let's your imagination run wild. "Når Byane Brenn" and then the next one "Storm Frå vest" are without any doubt goodies that go home even with the most critical food critic.
We approach the end with slow steps, our seating begins to draw to a close. In the background you hear the sound of people who have already started a small talk before the main course is served. The final track served on this magnificent evening is exactly what is needed to put the icing on the cake. "Fridom Med Daudens Klang" is really all you want of Vreid, fast drum bass, melancholic melody and more raw guitars from early 90s black metal sound. Sólverv is without any doubt one of the greates black metal albums released so far in 2015.
- See more at: http://terrarelicta.com/index.php/reviews/all-reviews/5180-vreid-solverv-2015-review#sthash.6WHnV80v.dpuf
Posted by NORDIC METAL at 00:40 No comments: 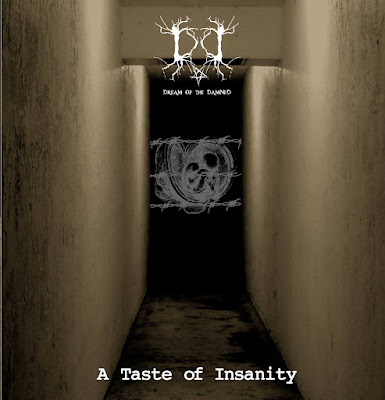 Dream Of The Damned - A Taste of Insanity out digital and on cd
Octber 31
ORDER your copy NOW on BANDCAMP!
https://blacklionproduction666.bandcamp.com/ 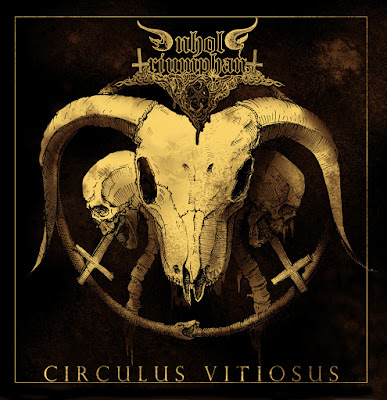 Posted by NORDIC METAL at 02:28 No comments: 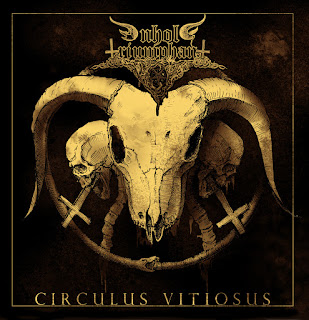 COMING SOON!
https://soundcloud.com/blacklio…/unholy-triumphant-leviathan Enjoy the first track streaming from our soundcloud by the band Unholy Triumphant ! new album Circulus Vitiosus out on Black lion Production October 31
on CDR ! and digital worldwide enjoy the first track! Leviathan bombastic and hellish Black metal at its best! the gates has been opened!

Posted by NORDIC METAL at 00:27 No comments: