NORWAY'S SLAGMAUR STREAM TRACKS FROM UPCOMING ALBUM
We are proud to present the new track from Slagmaur Their new full length album Thill Smitts Terror out shortly on Osmose Productions
the band has agreed to share  a few tracks ahead before hitting the stages at Inferno Festival norway for the second time,
SLAGMAUR was formed in the remote reaches of North Western Norway, in 2006.  The band have never revealed their true identities and always appear heavily disguised, often as characters from their own songs.  Nor have they ever revealed how they create the sinister music that invades the listeners mind with layer upon layer of sound  that reveals a different facet each time you hear it, depending on your current state of mind.   we at nordic metal is proud to be one of the chosen parties to stream this hellish tracks! 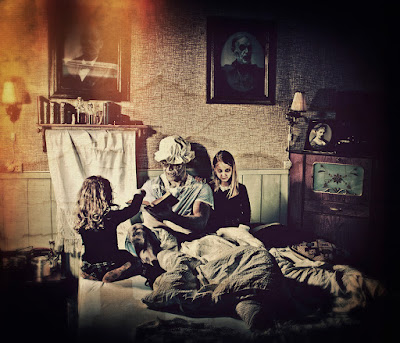 The nature of SLAGMAUR's artwork, was carefully created  by the band's founder General Gribbsphiiser, and is currently being finalised, and given his exacting demands.  So far no date has been announced as for release date but we hope to shortly be able to present that!
meantime, the band have agreed to share three tracks from the album ahead of their shows  in April and their first ever appearance in the USA in February at the Stardust VI Festival in Brookyln.


“Thill Smitts Terror”  continues where “Von Rov Shelter”, the band's previous outcast 2009 album,  left off, delving more and more deeply into the  disturbing world that SLAGMAUR conjures up by combining modern and classical instruments  with children’s nursery rhymes and fairy tales.  It is a world where classically constructed melodies blend seamlessly with aggressive black metal to create a nightmare scenario straight from the pit of hell.   Art, as well as music, is an integral part of the whole that is SLAGMAUR  - from the sinister masks and costumes the band wears on stage, to the disturbing images used in the artwork for the albums. 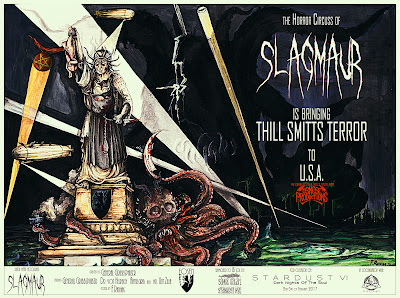 More information about SLAGMAUR can be found on the band's Facebook page at https://www.facebook.com/slagmaurofficial/  and on Bandcamp at https://osmoseproductions.bandcamp.com/album/von-rov-shelter

Posted by Nordic Metal Music at 17:08 No comments: 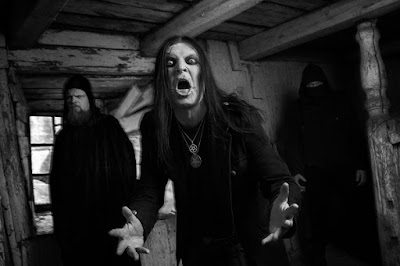 Winter is here strong and steady and for norwegian black metal band Crest of Darkness its indeed a great time to reveal for the world whats happening inside the band. Today the band has issued a statement and unleashed their new video from their latest album Welcome the Dead  that saw the light of day December 2nd through My Kingdom Music, now the band reveals a more in depth story of the whole concept for the album. the video being none other then the instrumental track My Black Bride
the track itself is a beautiful instrumental epic piece that really gives you something fresh from their side, deeply and atmospheric very far from  the band's usual Black/Death/Metal sound.  but still not that strange... 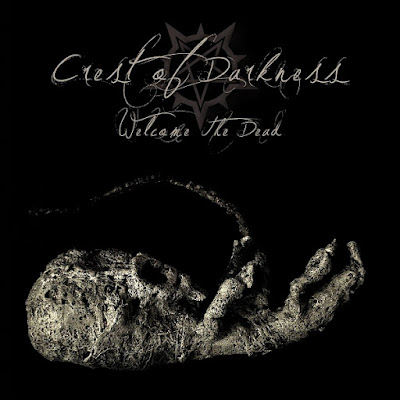 according to the bands frontman according the song was written as a tribute to his wife,
Amlien comments  "I had wanted to write a special song for Laila for a long time.  She has supported me and my work for so many years, and without her I really don't know where I would be today, and I  knew right from the start that if I was to create this piece it would have to be totally honest.  Something personal, and not the kind of rose-tinted love song that people tend to expect when you write a song dedicated to the love of your life. 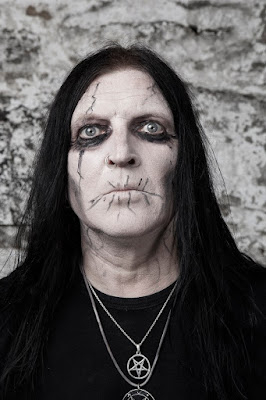 "I tried to capture the feeling of romance and happiness, but at the same time I wanted to touch on something more "forbidden" - the dark side if you like to think of it like that.  Like most couples we have been through many experiences in the time we've shared together, both good and bad. But, unlike most couples, my work has always involved being "in touch" with both Life and Death, something  Laila has always been very aware of, so the difficult times take on a darker significance.

"I also knew that this song had to be an instrumental because words could not possibly express what I was trying to communicate with this song.  I played the guitars myself - I felt I had to as these few notes I'm playing are so extremely personal.   To the listener the song may sound like a simple, stripped down piece of music, which is what I intended it to be, but it comes from the depth of my heart ands contains many small details that someone outside of the relationship I have with my wife cannot understand.  It's a heartbreaking piece, but as with all my music, there is something deeper behind it.  There is my belief that inside all of us there burns a black flame - that special will to survive".

The video itself was created and edited by Francesco Palumbo at MKM Graphix, using images from the Cappuccin Catacombs in Palermo, Italy, and, given that "My Black Bride" is essentially a romantic piece, the choice of such macabre images might seem strange.  "When I first saw the video I almost choked" admitted Amlien.  "The images were right for CREST OF DARKNESS, but I was a little taken aback at first.  However, the more I looked at it, the more I realised that they were, in fact, perfect".

Welcome the Dead" was released on My Kingdom Music in both CD and Digital formats at the end of last year.  A double LP format, which is to be out shortly and its features a special bonus track, that will be released shortly in a collaboration with Metal Age Productions, Kristallblut Records and Supreme Music Creations.  Artwork for the album features  the strange and disturbing Zombie Foetus sculptures created by the Italian artist Andrea Falaschi.

CREST OF DARKNESS' lineup of
Amlien on bass and vocals,
Rebo on guitars,
Bernhard (ex- PALE FOREST) on drums, and
Kristian Wentzel on keyboards,

The band will celebrate the release of "Welcome the Dead" with a special Friday the 13th show at Retro in Raufoss, Norway in January