Alestorm - No Grave But The Sea Review 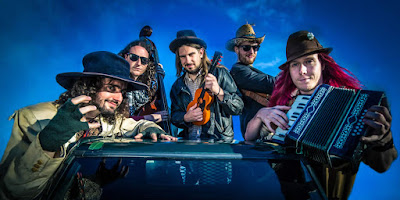 Alestorm - No Grave But The Sea

Set sail together because everyone's favorite rumsoaked pirates are back.
ALESTORM has returned to the seven seas with treasure in sight.
No Grave But The Sea is the band's latest pearl, and the band's 5th full length album.
So Sail away into the blue horizion because Alestorm is taking you on a conquest over the seven seas for a treasure hunt.
No Grave But The Sea is as rumsoaked as it is well written. The band makes a triumphant return to claim their gold back with songs about getting drunk and sailing. The band really knows how to make a solid performance. As we dive deep into the band's new stories, we can happily say that the sound of ALESTORM, as we know it, has not changed a bit.
It's in fact one of the most unique bands of today.

Pirate metal or folk metal you name it. They've been called everything.
No Grave But The Sea is no doubt the band's finest work since Captain Morgan's Revenge.
With their Jolly Roger theme and melodic keybords they really bring they really come out stronger in this album. Important is also that they never let go of their wonderful sing along melodies. 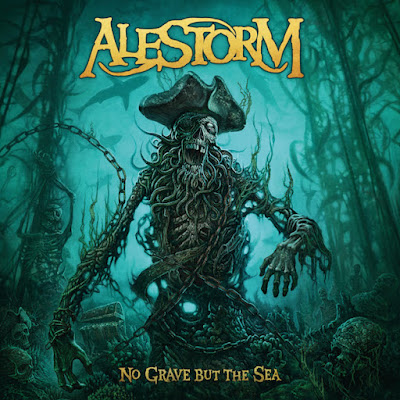 Christopher and his crew of the damned is back again on the seven seas for a new treasure hunt. Every track of the album is just pure gold. With the Opening track really sets the mood for this record. With the 10 songs Alestorm manages to live up to the anticipation of the fans with this album.
ALESTORM'S music has so many elements that its really hard to put to words what really makes them stand out. Is it the endless keybord melodies or the unique voice of Christopher Bowie and his self irony that makes the succsess.

Fire Up The Canoons and all hands on deck. NO Grave But The Sea is out May 26 on Napalm Records

Pre order the album below

Posted by Nordic Metal Music at 14:06 No comments: 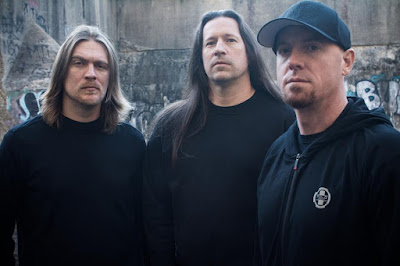 Us based Brutal slam Death metallers Dying fetus are back with a new album this year and now we have the pleasure of announcing their latest single " Panic Amongst The Herd" of their new album Wrong One to Fuck With
Dying fetus spawned in 1991 and has since that day been pushing out 7th full lengths with Wrong one to Fuck with being their 8th studio album.

that is set to hit the streets in June 23rd
the cover art and track list follows below!
while many fans are still contemplating what to expect of their new album we can
promise that it is good old hard hitting Dying  fetus,
Brutal Slamming Death Metal with elements of technical thrown into the mix. 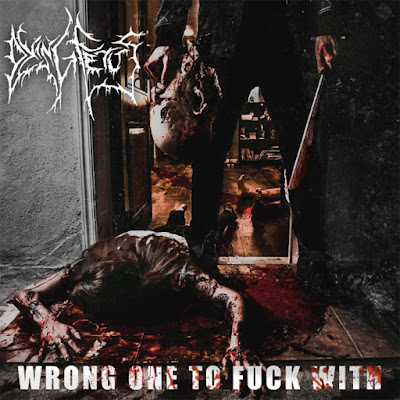 Wrong One To Fuck With‘, track listing:

1. Fixated on Devastation
2. Panic Amongst the Herd
3. Die With Integrity
4. Reveling in the Abyss
5. Seething With Disdain
6. Ideological Subjugation
7. Weaken the Structure
8. Fallacy
9. Unmitigated Detestation
10. Wrong One To Fuck With
11. Induce Terror(Bonus Track)

Pre-order ‘Wrong One To Fuck With‘ here,

Posted by Nordic Metal Music at 22:38 No comments:

Swedish Symphonic Extreme Band Zornheym
have unleashed their cover art plus track listing for their long anticipated album,
Where Hatred Dwells and Darkness Reigns
the album is set for worldwide release 15th of  september 2017
CD/digital via Non Servieam Records

The band comments
Together with Dies Iona Ensembly and ZORNHEYM’s bombastic “Chorus Tenebris” choir, they have created the perfect soundtrack to your entry   into the Asylum's care.
With magnificent cover art by Pedro Sena -and the amazing graphic novel illustrated by Art by Bring; with every chapter telling more of the tales behind each song.

“This is the first chapter in the history of ZORNHEYM and we are so very proud of the outcome. The performance of everyone involved has been amazing. To use so many real instruments from day one feels like such an accomplishment. This is just the beginning!” states ZORNHEYM’s guitarist, Zorn.
“It was a great pleasure to take part in the journey of the creation of this record. To have Zornheym here in the studio with the ambition to make an album that is so much more than an ordinary metal album made me very excited to produce this recording from day one. Now looking at the final result, the power of Zornheym's music can't be denied really.” states Wing Studios' sound wizard Sverker Widgren.
Mark your calendars, on the 15th of September the gates to the asylum open! 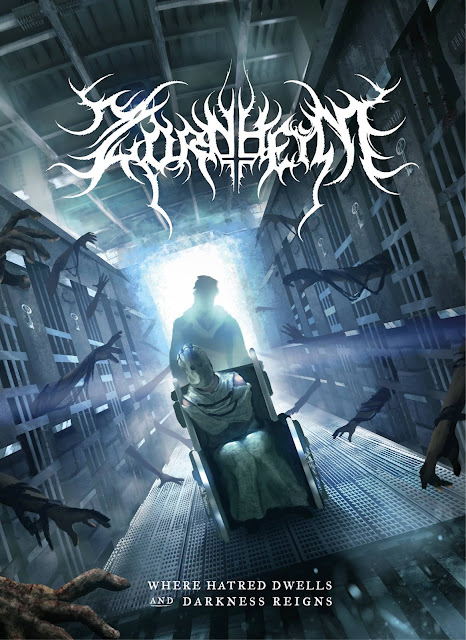 ZORNHEYM - “Where Hatred Dwells and Darkness Dwells”
Tracklist
1. The Opposed
2. Subjugation of the Cellist
3. A Silent God
4. Prologue to a Hypnosis
5. Trifecta of Horrors
6. ...and the Darkness Came Swiftly
7. Whom the Night Brings…
8. Decessit Vita Patris
9. Hestia
Follow Zornheym on Instagram, Twitter and Youtube
https://instagram.com/zornheym_official
https://twitter.com/zornheym
https://www.youtube.com/channel/UC4eqbIWlJlGq95TC3t5HRYQ

Posted by Nordic Metal Music at 12:07 No comments:

In Reverence - The Selected Breed 2017 review

In Reverence - The Selected Breed 2017 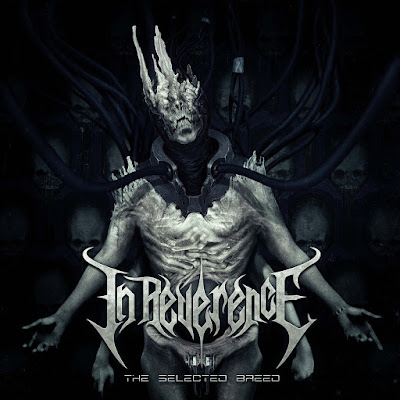 IN REVERENCE started their musical journey in 2010 with Filip and Oscar being the only members wishing to form something unique within the extreme Metal Scene,
But not until September the band had a complete line up.
They brought in the talented musicians Sebastian Wedholm (guitar), Pedram Khatibi Shahidi (guitar) and Roni Ivonen (bass). After a few months they released their first demo called "Necrosis" in 2011. Later they changed the name to IN REVERENCE.

The band was originally inspired by deathcore bands, and death metal, but the sound came to life but with a totally new atmospheric sound unlike anything heard before.
In 2011 Roni Iivonen decided to leave the band after the demo was done. He was replaced by Dennis Morgun for the recording of the debut EP called Hallucination, a combination of the demo sound and newer material.

Only a year after the "Hallucination" EP, the band started to have difficulties again. as Dennis and Sebastian quit the band, leaving Pedram, Oscar and Filip behind on the vessel. The trio remained united and decided it was in the band's best interest to change their musical direction to a more death metal oriented style.

Pedram took on the new role as songwriter and lyricist for the next release. 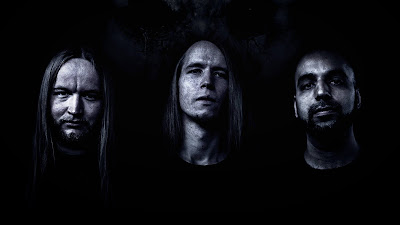 Combining dissonant guitar riffs with atmospheric melodies with an oriental touch , The Selected Breed could be compared to bands like Nile, to describe
their vibe.

The whole album sings with joy in the ears of the listeners from the first song. with heavy riffs and infuriating drums making their way to a new era for metal. Without becoming a cliche or too scared of going a different path , In Reverence shows skills and perfections in their art.
The 9 songs flow on well and together with the magic artwork of Billy Lundevall and Patrik Tegnander . The Selected Breed is an album that will last a long time and should not be mistaken for some newcomer. With a good mixture of Death metal and adding a good ambience with the touch of atmospheric vibe The Selected Breed will for sure be an album that I can see making its way to the top lists of 2017.


If you still haven't preordered the album after listening to the two amazing singles I am suprises me. 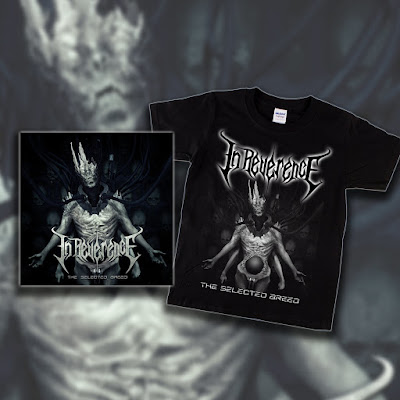 Posted by Nordic Metal Music at 18:34 No comments: