Netherbird 3 singles review! of their new album The Grander Voyage 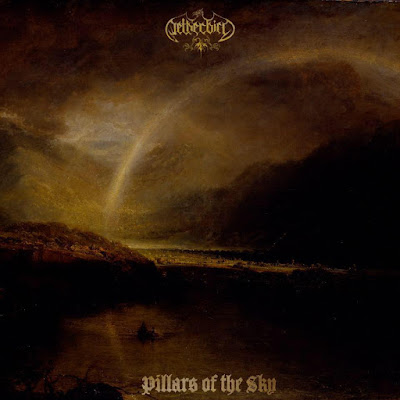 Has always been that band that  surprises the fans ether with new members or their music and they always deliver perfection after perfection, although each album and EP has its own sound.

My first contact with NETHERBIRD was with The Ghost Collector  2008, an album I even today look upon as a masterpiece of blackend death metal with a touch of melodic gothic metal.  The Band incoprates tons of various influences into the music.
3 years of silence has gone by since the band released what was said to be their last momentum entitled The Ferocious Tides of Fate featuring Nils Fjällström also known as Dominator (Dark Funeral , Aeon,) this time on drums.

The Band has  done various shows across the globe including the a memorial concert  in Stockholm Sweden in 2012. Everyone thought this was the end of NETHERBIRD.  Now they are back with 3 new singles released digitally for the fans to enjoy, presenting their new work The Grander Voyage,
this time with a new drummer the well known Fredrik Andersson ex drummer from  Amon Amarth. Netherbirds line up have included famous drummers from many bands,
AT THE GATES  Adrian Erlandsson , Erik Röjås FRANTIC AMBER,  The drums on the album however was  recorded by Fredrik Widigs from MARDUK, The UGLY, and KADAVERDISCIPLIN, NORDJEVEL,
the singles Windwards and Pillars of The sky, Sculptors and Spectres are just brief introductions to the new sound of NETHERBIRD but it has you hooked from the first beats.
The sound is more organic and alive less robotic. You can feel that the songs have more flow in themselves. 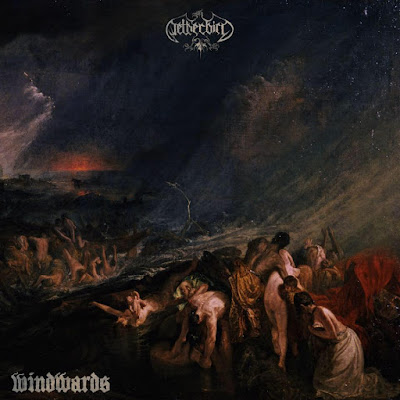 It is  NETHERBIRD at their peak. or you can say it’s NETHERBIRD today 2016.
The songs are melodic and very easy to listen to.
They are just straight forward melodic black metal at its finest.
They could be compared to Swedish masters Dissection.
even if the sound is maybe closer to Rainkaos, than Storm of The Lights Bane.
The songs have a perfect blend of melodic intervals and furious riffing, acompanied by a strong backing of the drums.
Its carefully organized, fast where it should and slow where it should be.
The atmosphere is really stunning.  They've really captured that dark erie feel yet beautifully chaotic vibe.
While its clear its more This is the new NETHERBIRD style. I do miss the old sound.
but this album shows how versatile NETHERBIRD is . Overall they have created an amazing journey to start with .