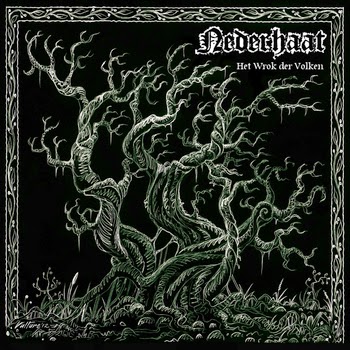 Dutchland is quite known for having a good metal scene at least the festivals,
Band Nederhaat does nothing different then keeping itself to the old style we are close to.
Low high pitched screams with blasting and tremlo picking guitars ,
a good blend of old and new black metal, the singer sounds a bit like Maniac which could say this record seem very influenced by early mayhem,
something of deathcrush chimera,
still they mange to keep up, and deliver kick ass black metal.
The guitar sound is very raw and the drum sound is what fenriz would call "true black metal drum sound"
the parts are well made
and each song builds up as you go along.

I find it sometimes hard to express really how I feel about this since its very different from the last music ive heard, meaning if you listen to brutal death metal a lot, and then listen to Mayhem.. kinda
but its a very bone chilling ep
if so, it really shows hope for the black metal scene, at least the underground part,
the band has signed as of march 2014 to Senseless life records so that will be interesting to see what they can deliver...  later in the ep I kinda feel like its darkthrone  I am hearing in a bit more different way.
not bad at all I enjoy it a lot...
they really keep the "true black metal sound"
so if you have the time check out Nederhaat 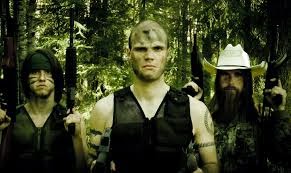 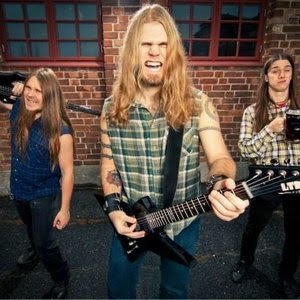 yes from now on every thursday is a Flannel Plector memorial day!
a band that really did it all!
sadly never got anywhere!
the band was very
the band was very appreciated around the globe,
but not many gigs were given!
also I think it was at the time when most people didn't care about good death metal,
Plector had it all that many band dreamt of,

the band was very appreciated around the globe,
but not many gigs were given!
also I think it was at the time when most people didn't care about good death metal,
Plector had it all that many band dreamt of,
their own filming company for music videos,
even their own trademark!
FLANNEL!!!!
and a lot of crazy alcoholic videos
which was Plector alcoholic death metal, kinda like a more evil Pantera or Tankard,

their albums are as follows!


1 Dark and Spiteful
a thrashy lovely scent of their music a  lot of pantera
elements, as well as some more old school thrash metal riffs but overall they were Plector an amazing band that really gave it all!
I think if they had stayed until today they would be big as fuck right a man can only hope
but never the least,
they were an amazing  band local and bigger fun to watch always  put on a good show,
its hard to say what you feel inside because the album is out of the ordinary ,
the riffs are so catchy and so easy to headbang that it feels like a big insult that they never got anywhere more than 1 small tour,

I think that if you get into Plector today you would really enjoy all they've done,
mr Beardmuffs grunts are some of the more easy one to understand, for those who compare these to todays death metal scene!
the band went through a few line up changes but nothing big yes a long time best friend,
Bjorn (bassist) left after a while the band teamed up with Patrik from Apostasy another swedish legend,
and continued their work, until they decided to disband in 2012,
shortly after
their second album  punishment day came out!
and fresh but still good old flannel rocking Plector!
also the video for their song Overthrown mimics the classic Terminator movies,

so here they are first of all plector memorial day!

Posted by NORDIC METAL at 13:38 No comments: 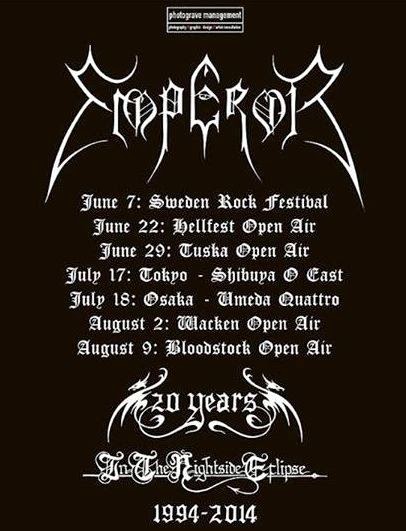 
Norwegian black metal band  Emperor's  first show  since 2007 was  June 7  at Sweden Rock, which was held in Solvesborg, Sweden. Emperor are celebrating the 20th

anniversary of In The Nightside Eclipse with limited gigs.

check out their show of their classic tune!

Posted by NORDIC METAL at 14:56 No comments: